have a new album out.  A true return to form, and an awesome dance party album for the final days of summer.  Come pick up a copy on cd or lp.  on sale through the 5th of Sept!

Posted by auggie rebelo at 12:35 PM No comments:

If you are a Grind/Powerviolence/Fastcore/Thrash fan and haven't checked out THIS COMP KILLS FASCISTS VOL.2 yet...well, you should. IT KILLS. Clocking in over 70 minutes, this CD features a whole bunch of incredible bands that define where this scene is heading.

I may be biased, because my super-close Boise bros, Hummingbird of Death, are featured on this comp. But so are Portland's very own, Superbad.

(I love this compilation, and I'm pissed because my copy was jacked when my Jeep was broken into last month.)

Anyway, If you're interested in getting your face melted off with meaning, then stop by the store and check my pick shelf.

Just when you think she couldn't put out another top selling album, she releases a remix cd that flies out the door!  Come on in and get it while you can!  On tuesday the 9th it goes on sale on cd!

Posted by auggie rebelo at 12:09 PM No comments:

Daptone is one of the best...

labels out there!  A creator owned label, that takes old school sounds, modernizes them, and sells them to the adoring masses.  Sharon Jones and the Dap Kings are the most well known on the label, but the new Budos Band release helps bring the funk back! Take a listen to this new track, and stop by on Tuesday to get the new release on cd or lp!  We have it on sale til the 23rd of August!

Posted by auggie rebelo at 12:02 PM No comments:

The Top-5 albums Levi is taking to the desert this weekend.

I’m helping my buddy Gabe with his Senior short film this weekend. It’s called “Escolta”. The next 3 days will be spent south of Burns, OR, where not much grows besides juniper and sagebrush. It will be a complete Bro-Fest,though, and I'm personally going to make sure we gots some great tunes.

Anyway, here are the 5 most important albums to ensure a good time for this one:

5. Blue Cheer-Vincebus Eruptum. There’s only one way to listen to this classic made by one of the original power trios from the 60s. Crank the volume up! It’s gonna be loud!

4. Hawkwind-Space Ritual. I have a feeling it’s going to get weird out there, so I might as well beat it to the punch. Hawkwind invented space rock, and this double disc is their swansong. It’s a total trip-out adventure from start to finish. Don't try to understand it, just like it.

3. Electric Wizard-Dopethrone. This British doom metal band made the perfect soundtrack for when you just can’t turn the damn heat off. This one feels like you could bake a meatloaf on a picnic table just by pushing play. It’s “Sweetleaf” slowed down, and it's HEAVY… HEAVY… HEAVY. Be forewarned… and be patient. (and don’t do drugs, kids.)

2. Tabla Beat Science-After enduring that last pick, I think I’ll probably need to chill-out a bit to some eastern-influenced electronica, featuring the prolific Bill Laswell and tabla master Zakir Hussain. It should be good for an epic sunset.

1. The Stooges-Funhouse. What better album is there to rally to after a long, hot day of shooting footage of 2 dudes pulling a handcart, than Iggy and Co.’s infamous! OWWW! Anyone wanna shotgun a PBR?

See ya’lls on Monday, that is if I don’t get bitten by a rattlesnake. Stop on by the store if you don’t have any of these. If we don’t have it, I bet we can order it.

Speaking of the Best Coast...

we have a whole lot of them in stock too! Come check them out.  Give them a listen on our listening station, and you probably won't be leaving the store empty handed...

Posted by auggie rebelo at 2:37 PM No comments:

Wavves has a new release...

and it has a drawing of his girlfriend's (from the band Best Coast)  kitty on it.  Check it...

Email ThisBlogThis!Share to TwitterShare to FacebookShare to Pinterest
Labels: wavves

We all have been waiting for it, and it's finally here.  The new release by Arcade Fire "Suburbs". We have it here on sale on both cd and lp formats!  There is a reason it got an 8.5 rating on Pitchfork.  It's that good....

Posted by auggie rebelo at 2:31 PM No comments: 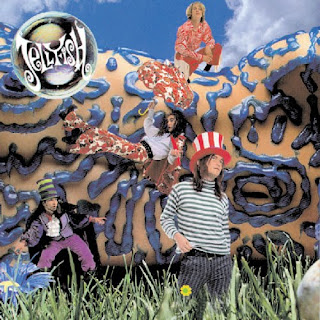 We have a first! Employee called in sick due to Jellyfish sting.

Meantime, the rest of you come on down at midnight for the new Arcade Fire. Listen to it today at NPR.org
Posted by everyday music at 10:52 AM No comments: