Hey old-timers.  Your favorite Sub Pop band has a new album comin' out.   Superchunk! It's called, appropriately, I Hate Music, and ADA Distribution is releasing an indie-store only vinyl edition.  It's a deluxe 150-gram vinyl and it's FLUORESCENT ORANGE !

There is a bonus 7" pressed on white vinyl with two non-album tracks exlcusive to the single. There is a download coupon too, and an I Hate Music stencil. 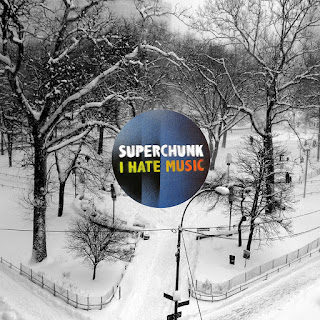